Rishi Sunak today announced that the stamp duty land tax ‘holiday’ will be extended by another three months as part of measures ‘to turn generation rent into generation buy’.

Delivering his Budget statement in the commons this lunchtime, the chancellor of the exchequer said the stamp duty holiday will now end on 30 June instead of 31 March. To ‘smooth the transition back to normal’, the nil rate band will be £250,000 – double its standard level – until the end of September. The government will return to the usual level of £125,000 from 1 October.

Even with the stamp duty cut, Sunak said the cost of a deposit remained a significant barrier to people getting on the housing ladder.

Sunak announced a ‘mortgage guarantee’. Lenders who provide mortgages to homebuyers who can only afford a 5% deposit will benefit from a government guarantee on those mortgages. The chancellor said some of the country’s biggest lenders will be offering 95% mortgages from next month and more will follow shortly after.

Sunak said the policy will give people who cannot afford a big deposit the chance to buy their own home. ‘As the prime minister has said, we want to turn generation rent into generation buy.’

Commenting immediately after the announcement, Jeremy Raj, head of residential property at Irwin Mitchell, said: ‘The announcement is more generous than had been trailed, but still leaves a cliff-edge for many buyers. The property sector is already groaning under the pressure of the stamp duty holiday, which will only worsen as transactions pick up again, bolstered by this new extension.’

Simon Nosworthy, head of residential conveyancing at Osbornes Law, said: ‘The government’s introduction of the mortgage guarantee scheme will answer the prayers of many wannabe home buyers who have struggled to save enough for a 10% deposit, while house prices increased dramatically beyond their budgets. This announcement gives thousands a glimmer of hope that they can realise their dream of owning a property. However, the downside of this is that the scheme could further fuel the constant increase in house prices, while if there is a crash in the housing market it could leave many people in negative equity.’ 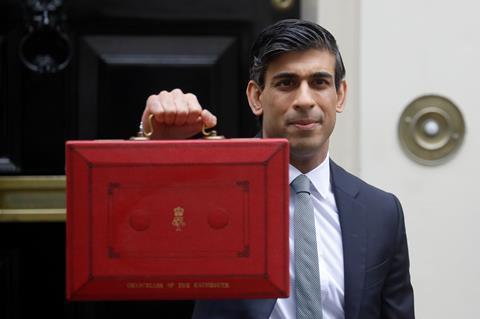 Prior to today’s Budget statement, around 100,000 ongoing transactions were at risk of not completing before the 31 March deadline and the Law Society warned that the abrupt end of the holiday combined with a bottleneck in the market could cause significant disruption.

Property industry experts were quick to react when news of a possible extension emerged last week.

Brendan Sharkey, head of construction and real estate at accountancy firm MHA MacIntyre Hudson, said: ‘The reduced [stamp duty] rate has proven to be a massive help to the construction sector as well as the wider economy and an extension of the relief to the end of June, which based on the latest reports seems likely, will be greeted enthusiastically by the sector. Although the sector has not had a bad start to 2021, the fall in the latest Purchasing Managers Index (PMI) hinted at some fears for the future, so continuing to shore up housing demand through tax relief will calm nerves.

‘The very success of the temporary SDLT relief just goes to show that the tax inhibits buyers in its current form. A permanent reduction to SDLT would give the sector a long-term shot in the arm. One innovative reform would be an exemption for older people looking to downsize, stimulating the market for retirement accommodation, where the UK still lags behind the likes of the US and Australia. Hopefully, this will be something the chancellor considers, if not in this budget, at least in the future.’

02 Nov
As the festive season approaches, we would like to take this opportunity to wish you a very Merry Christmas and a prosperous New Year. Christmas ...

02 Nov
Congratulations from everyone at Bendall & Sons to Rachel Smith who has completed her Master of Laws in Professional Legal Practice with a Distinc...

21 Sep
Nearly 30% of home sales went to first-time buyers last month, the highest proportion in over a year, according to new data from various large estate ...

Any cookies that may not be particularly necessary for the website to function and is used specifically to collect user personal data via analytics, ads, other embedded contents are termed as non-necessary cookies. It is mandatory to procure user consent prior to running these cookies on your website.